Researching interfaith in a pandemic

In July 2021, LSE’s Religion and Global Society Unit launched the new report “Interfaith Beyond the Pandemic: from London Communities to Global Identities”. The project began before the pandemic, and, like so many other things over the last 18 months, it had to dramatically change to accommodate this new reality.

How we did it

Our team had originally planned to visit and work closely with community organisations and partners in this field, like the Rose Castle Foundation. This would provide robust research and allow us to make more impactful recommendations for groups involved in interfaith at local and national levels. From the outset, we wanted to do more than publish a piece of academic research; we wanted to be a resource for these groups.

COVID-19 inevitably changed the way we conducted our research, reducing our engagement to Zoom calls and online gatherings, yet our mission remained the same. We not only produced a useful resource for faith communities, interfaith networks, and Government, but the online environment enabled us to broaden our scope, meeting with more people and encountering more initiatives. After all, it’s much easier to join youth-led interfaith events online than it would be to travel across Greater London between interviews to attend these events in-person. 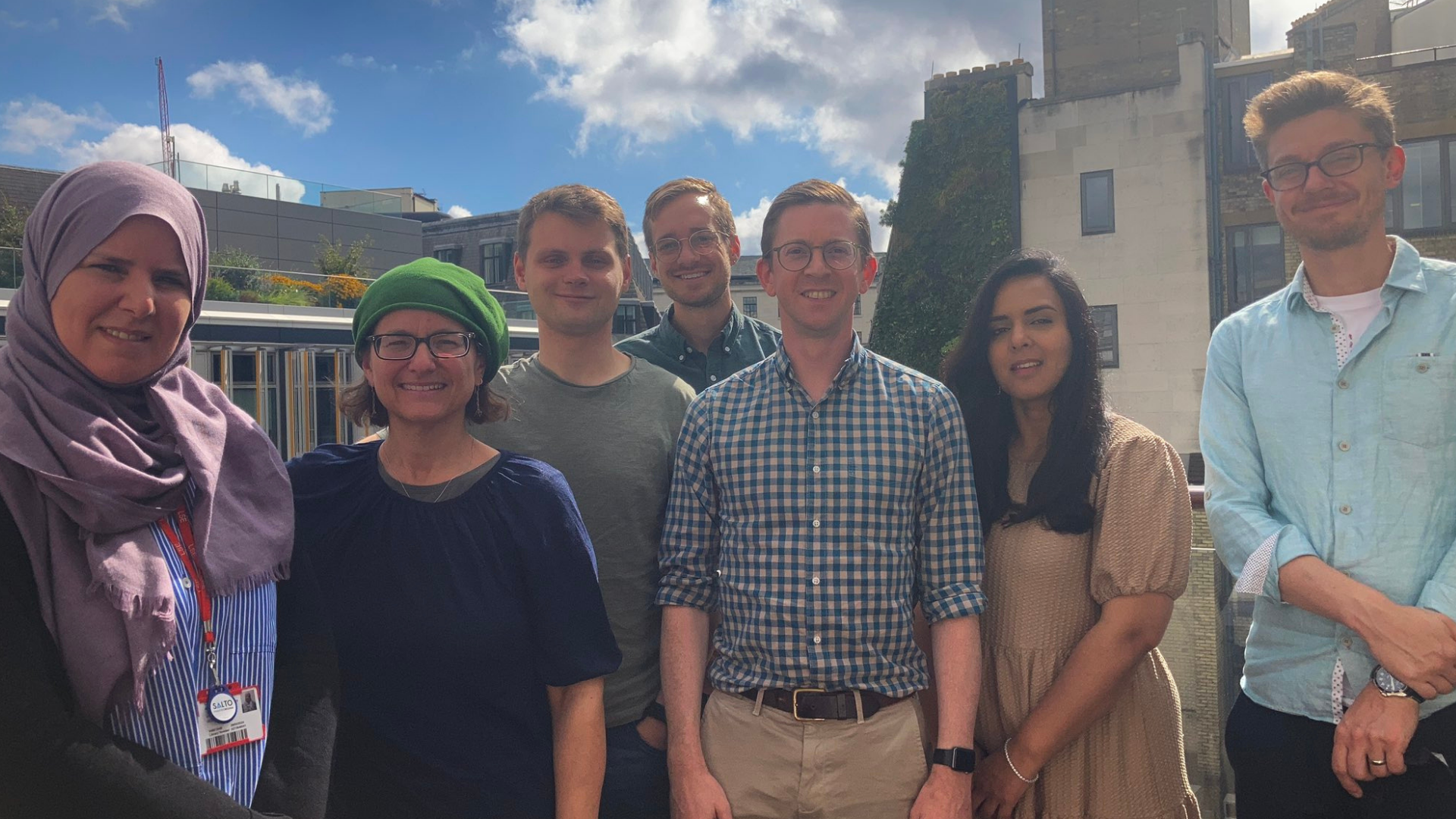 The team at LSE Faith Centre.

When I joined the team in November 2020, I was tasked with planning and convening an online conference to discuss the preliminary findings of the report. It would have been great to get our 30 participants in one room on LSE’s campus, but the pandemic did not allow that. However, the online environment allowed us to hear from young people and senior stakeholders from around the country, not just those within striking distance of London. Despite the barrier of a screen and the inevitable glitches in our internet connections, the event was informative and inspiring. Don’t take it from me – read reflections from two of our participants.

More than impacting how we did research, the pandemic also affected what we found.

In short, COVID-19 and the move online exaggerated tensions bubbling under the surface in the interfaith sector – namely, the growing divide between young and old. Young people (specifically women and members of smaller faith communities) largely feel excluded from interfaith leadership structures. Moreover, the priorities of young people in interfaith gatherings differ to those of their elders. They (and I would - perhaps too generously - include myself in the category of young people), are eager to focus on the most prominent issues facing society and respond with practical action. Racial and environmental justice were often cited.

Conversation to understand difference – otherwise known as the “tea and samosa” interfaith that has defined gatherings for decades – is important but not the priority. Older generations who have established a robust, nationwide interfaith framework on dialogue still emphasise its importance as the bedrock of this sector. 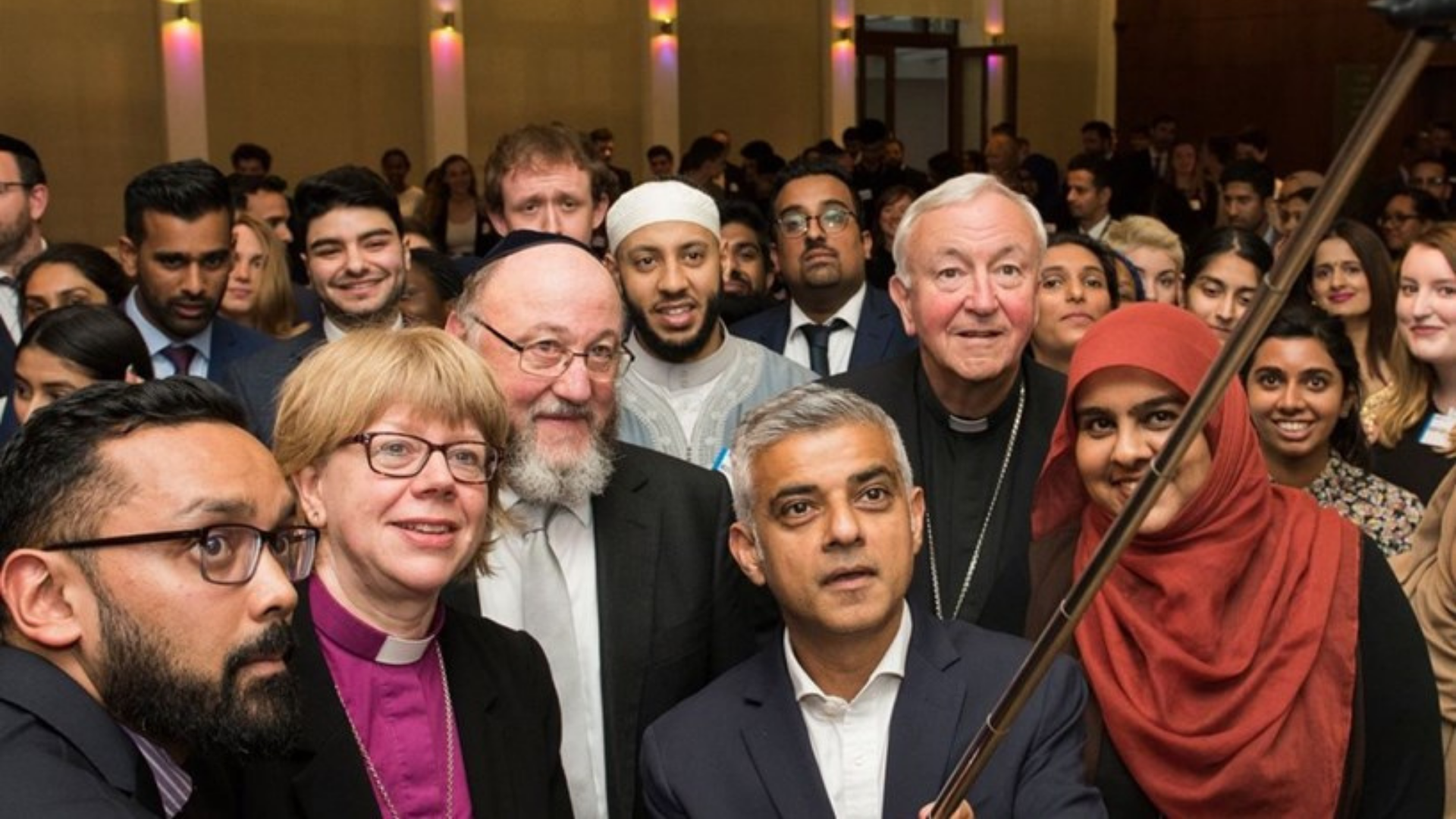 Not so easy on Zoom: Interfaith leaders gather in London for an Iftar (Image: Church Times).

Although this intergenerational gap needs to be addressed – and I believe it will be, given the conversations at our intergenerational youth conference which the Rose Castle Foundation attended – the pandemic also showcased the entrepreneurial abilities of young people in navigating the online space to organise interfaith groups and impact their community.

New networks were created that not only emphasised impact, but they also included and elevated voices that are often marginalised in religious gatherings. The ubiquitous nature and ease of access of the online space allowed adherents of relatively small religious minorities to become proactively involved in interfaith gatherings. Furthermore, it gave women a space to assume leadership in what is traditionally a clerical and male dominated sector. As someone who has studied interfaith initiatives for years, I found these developments deeply inspiring. We labelled these new forms of interfaith gathering and action as the “informal civil society” arm of the sector, defined by their grassroots nature and agility to respond to current events, such as delivering food parcels to those self-isolating or mobilising interfaith discussions around racial justice.

Yet, all involved in the interfaith sector do not want to see a growing divide. The more formal and traditional structures, what we call formal civil society interfaith, have, over decades, made the UK one of the strongest interfaith environments in the world. Young people recognise this. By harnessing the energy of the upcoming generation, and by focusing on issues of societal concern, traditional structures can bring sustainable and effective change to our communities while also bridging this generational gap.

It feels like sustainability has been a trending word for a while now, and for good reasons! It is...

A group of seven emerging leaders working to promote peace and reconciliation in the UK, Europe,...

There are many ways to approach the domain of interfaith learning and understanding. One of my...