A group of seven emerging leaders working to promote peace and reconciliation in the UK, Europe, and Middle East gathered at the Tower of London for an interfaith iftar.

The group, all in their twenties, met in person to break their fast at sunset with dates and water almost four years after their original training with RCF, which took place at a 10-day residential Encounter programme in Cambridge and London, in partnership with the Muslim Council of Elders, Lambeth Palace, and the University of Al Azhar. 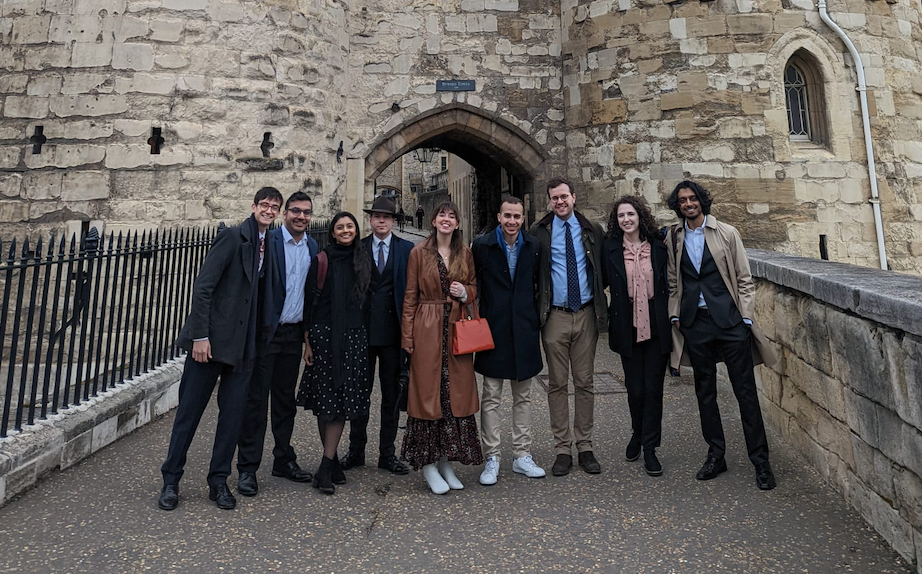 The iftar event, hosted by the Naz Legacy Foundation, was focussed on the unique contribution faith leaders can make to tackling climate crisis. Alongside other young leaders, the emerging peacemakers - who are from a mixture of Muslim and Christian backgrounds - shared thoughts on the calling of people of faith to care for the environment, and what the practical implications look like, from sharing in sermons to insulating places of worship.

Abi Sumption, one of the peacemakers present, commented: "The interfaith Iftar was profoundly special. The Tower of London historically held people captive for professing beliefs which diverged from the status quo. Like many institutions it has its dark shadows, but last night was an opportunity to look with hope toward the future, and what we share. To be people of faith who unite, in the Muslim Holy month of Ramadan, and prove it's possible to wholeheartedly hold distinctive beliefs, and yet respect each other's distinctive contribution."

"Last night", she added, "we were the lucky ones - we gathered as people of all faiths for a Ramadan meal as friends. This was the first event of its kind in over 950 years - we made history. History belongs to those who recognise the past but are not trapped by it - but rather are inspired to build on its legacies - building a future where all can flourish together freely in peace.

"It was fitting then, that we gathered to discuss, with esteemed faith leaders from the Muslim, Jewish, and Christian traditions, how we build that world, and protect the planet together. On the night of 4th April, with an IPPC report released that same day, warning that "it's now or never", we gathered as peacemakers who believe our faiths compel us to act to stop climate change, now. Scriptures across the Muslim, Christian and Jewish traditions hold the environment in holy reverence - and regard all people as made in God's image and worthy of safety from harm."

Also breaking his fast at the 900-year-old Tower was the Mayor of London, Sadiq Khan, who was joined on the platform by Chief Rabbi Ephraim Mirvis, Cardinal Vincent Nichols, Archbishop of Westminster, Imam Mohamed Mahmoud, and other senior religious leaders.

"I was delighted to break my fast this evening at the first ever interfaith iftar at the Tower of London", said the Mayor of London, Sadiq Khan, who is a practising Muslim. "It was inspiring to see young people from different faiths united in this incredible setting".

Another of the emerging peacemakers present, Ahmed Haykel Gaafar, was visiting London from Germany, where he now works as departmental head in preventing violent extremism and is studying a Masters in Interreligious Studies.

Ahmed commented: "Sharing a meal is one of the oldest methods of making peace known to human kind and some of the Emerging Peace Makers shared an interfaith iftar on the third day of Ramadan 2022 at the Tower of London wishing peace for the world."

This week, the Rose Castle Foundation hosted its first in-person workshop since the start of the...

A small group of students from Princeton University regrouped online last week for a digital...