Why I plan to be a grinch this December

This holiday season, I plan to be a grinch. Not because I don’t like Christmas – I love the lights, the food, the films – but because I am fed up of people expecting that this should be a special time of year for me. I am tired of the sad looks people give me when I tell them I don’t celebrate Christmas, the looks of confusion when I say it’s just a regular day where I just have to remember that nothing is open, and most of all the comment ‘well, you have 8 whole days Chanukah, right?’. This is where I am intending to be most grinch-like, because this year, I won’t just respond ‘right, but it’s not really the same’; this year I want to give people the greatest (and most Jewish) gift of all – a small piece of education.

Chanukah (also spelled Hanukkah) celebrates a historical event equivalent to David and Goliath, when in 165 BCE a group of Jewish rebels (the Macabees) defeated the Syrian armies. Consequently, a miracle supposedly occurred in the Jerusalem Temple and a tiny pot of oil lasted 8 days, instead of the expected 1. These events take place long after the events of the Torah, and unlike our major festivals that celebrate important points in the year, or biblical acts of G-d, Chanukah merely celebrates an unlikely military victory (and one that was quite bloody and nationalistic at that). Yet, non-Jews are far more likely to wish me a Happy Chanukah than they are a Shana Tova on Rosh Hashannah, or a good fast on Yom Kippur (arguably two of the most important Jewish festivals). Why is this? 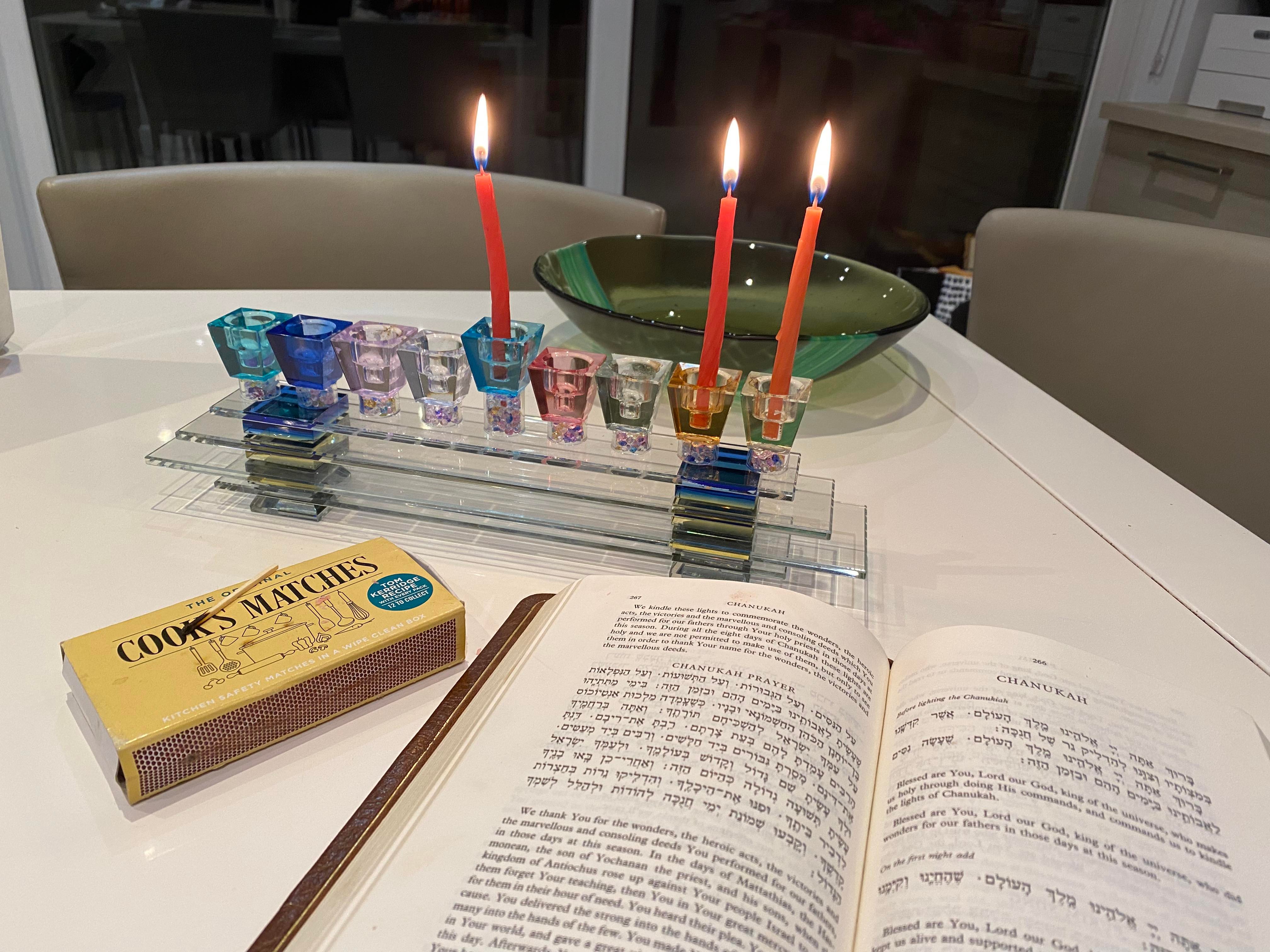 There are a number of factors that contribute to the public understanding and expectations of Chanukah, especially in the UK. Jews make up a tiny portion of the population, just 0.5% (as of 2016), and we are mostly a clustered community in specific cities and boroughs. Many Brits have never met a Jewish person, and I have often been told that I am someone’s ‘first Jewish friend’. Therefore, people’s only exposure to Judaism and Jewish culture is through a handful of RE lessons, and popular culture. And because there is a woeful lack of Jewish cultural representation on British screens, we instead import these references from across the pond.

Thus, we come to the problem of ‘the Holiday Armadillo’. I am sure that anyone who has seen the TV show Friends will know the reference, and if by chance you haven’t, in one of his few moments of Jewishness, Ross Geller realised he couldn’t teach his half-Jewish son about Chanukah unless he dressed in a costume as exciting as Santa. This also shows the other issue which is simply timing. Christmas is a highlight of the year, the only important mainstream event in December, and through chances of timing, Chanukah happens around the same time (with adjustments for the lunar calendar), so becomes a natural comparison, especially as they are both are deemed ‘festivals of light’. But beyond lights and timings the similarities fade, so why the consistent comparison? 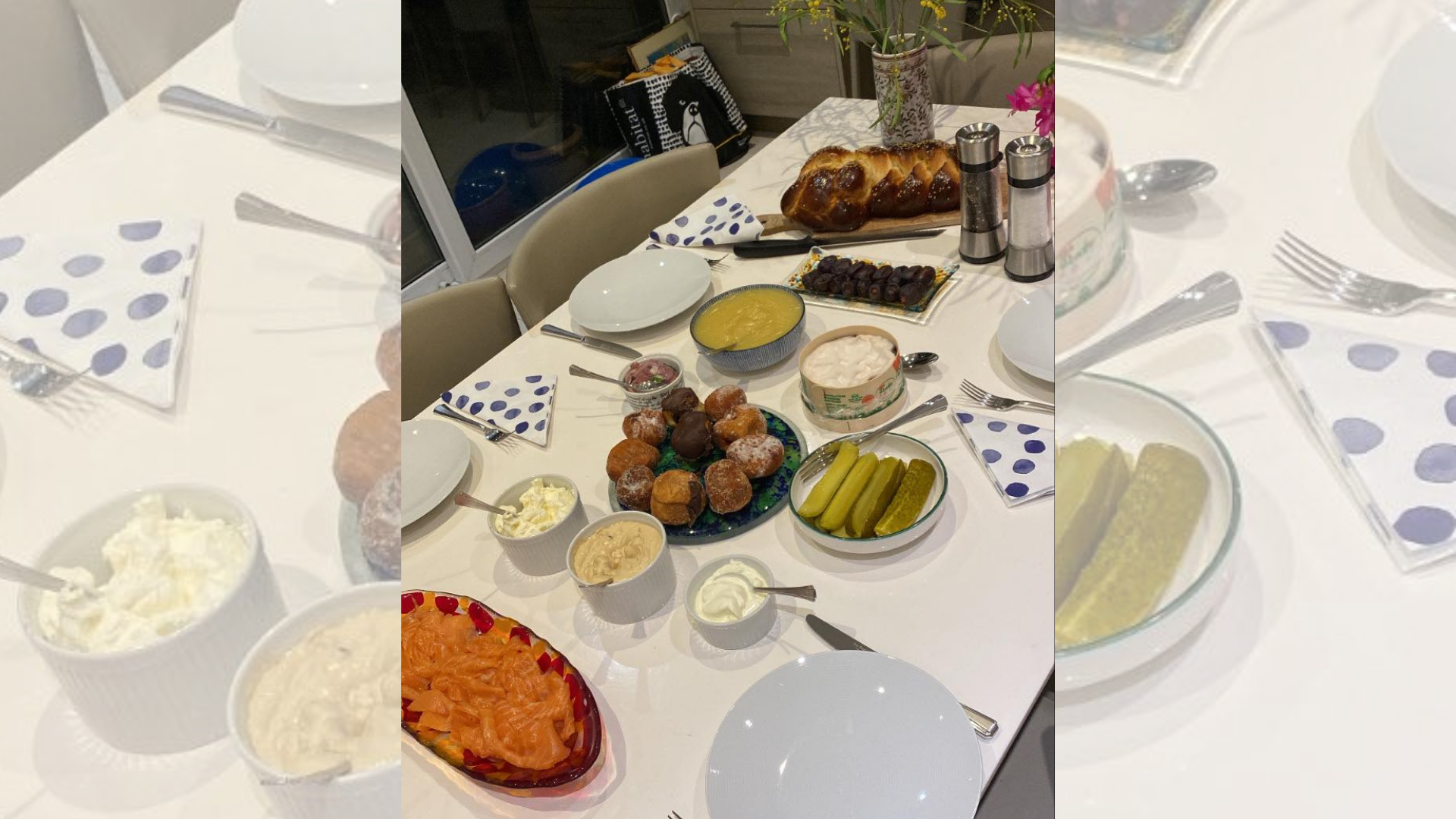 Deep-fried donuts are among the foods traditionally enjoyed during the Jewish festival of Chanukah.

The Atlantic writes about this more eloquently and with more historical information than I could hope to, but my experience has always been that people were sad that Jewish children missed out on presents. So much so that over the years presents were added, up to the fabled ‘8 days of presents’. Indeed, I still often get a small Chanukah present from my parents, but through this modernisation we have started seeing Chanukah look a lot more Christmassy. There are now Chanukah songs, Chanukah decorations and ugly Chanukah jumpers, and while I find these items fun to joke about with my Jewish friends, these items all tend to put the ‘ish’ in Jewish, with such clear mimicking of Christmas traditions that they seem to have been designed without a single Jew involved.

And I do understand, Chanukah isn’t sexy. It doesn’t have the lights I love to see twinkle over Oxford Street, or the Christmas songs I like to sing (many written by Jews), or any sort of extravagant presents under a tree. Instead, it is lighting 8 days of candles with my family, eating donuts from kosher bakeries (they taste different, trust me), and oven baking frozen latkes because they are too difficult to fry yourself, plus a mandatory bag of Chanukah gelt (chocolate coins) to play a single round of Dreidl (gamble) because nobody ever really knows the rules.

So, it might make me a Christmas grinch to try and explain that Chanukah isn't 'Jewish Christmas' each and every year. But at least I get the chance to give myself the second most Jewish gift: reflecting on what being Jewish means to me.

Opening spaces for re-humanisation in a virtual world on steroids

I moved into my family home over the Christmas season - temporarily, as I like to remind people who...

Having Faith in Religious Education

This time last year, I completed my undergraduate degree to little fanfare. I had written my...