What I learned from monks about building peace

Twice now, I have been a guest at the monastery of Saint-Wandrille de Rançon, situated on the banks of the Seine in rural Normandy. First founded in the 7th century BCE, the abbey is home to a community of Benedictine monks who live out a traditional life of work and prayer.

A vast, angular complex of local white stone, behind Saint-Wandrille’s great walls lie hallways, courtyards, and an ancient library stacked over four floors. Outside, a clear stream flows through the carefully manicured gardens. Atop a forested hill, in the middle of an orchard, stands a chapel more than a thousand years old. The abbey is invested with the energy of centuries of prayer and silence. As the writer Patrick Leigh Fermor, who stayed at the abbey in the 1940s, pointed out, it is almost impossible to spend time there and not feel at peace.

However, throughout its 1400-year history – like Rose Castle – Saint-Wandrille has not just been a house of prayer; it has also been a site of tremendous violence. First burned down by marauding Vikings in the 9th century, it went on to be targeted in the Reformation, sacked during the French Revolution, and bombed in the Second World War. Today’s community of two dozen monks see themselves as the inheritors of this conflicted past and consider it their duty to fight for the salvation of souls. 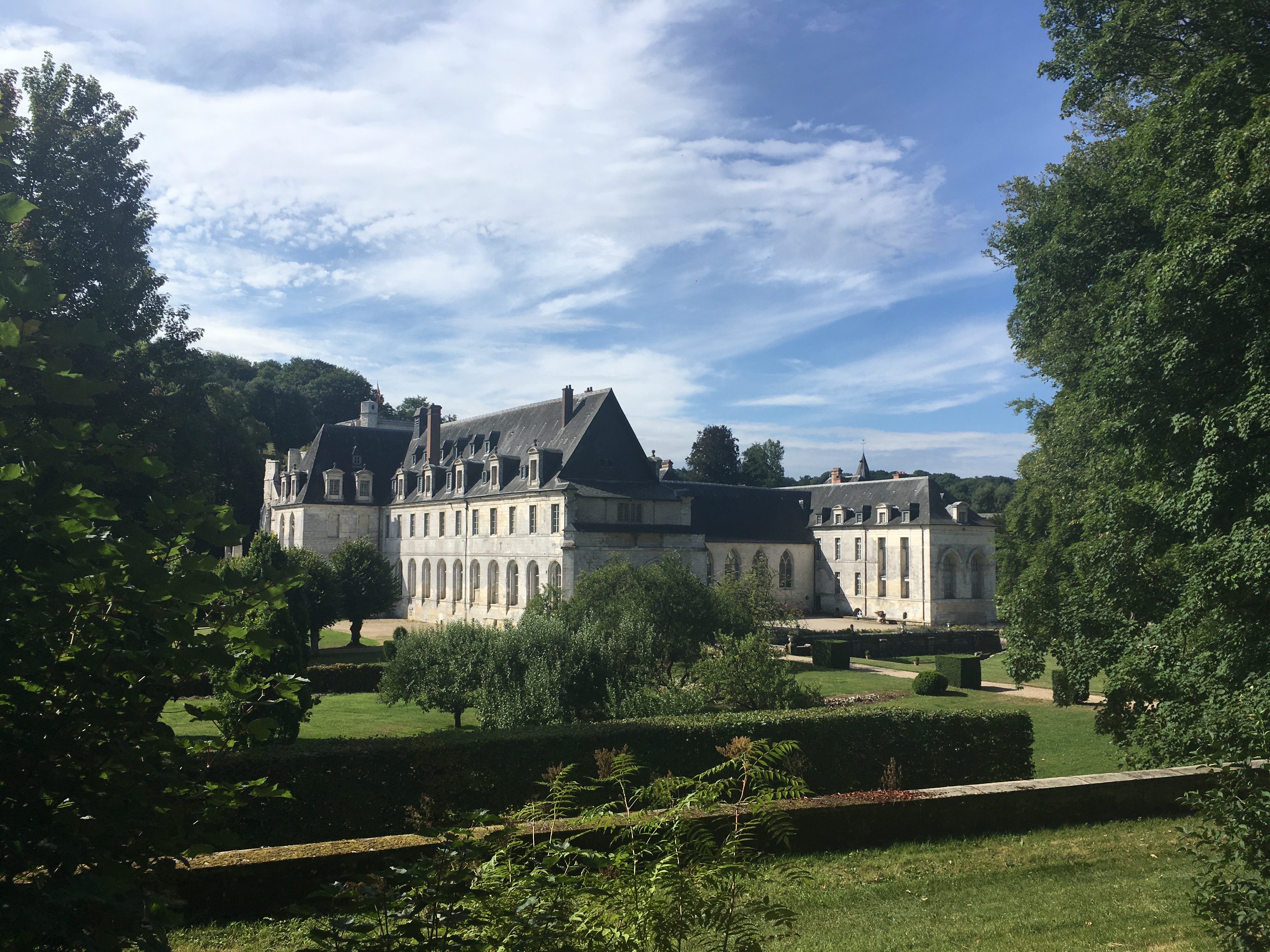 The Abbey of Saint-Wandrille de Rançon, Normandy, home to a community of Benedictine monks

Hospitality is at the heart of the Benedictine monastic tradition. Following the command of its founder, Saint Benedict of Nursia, that “All who arrive as guests are to be welcomed like Christ”, every effort is made by the monks of today to treat their guests with honour. “No monastery”, St Benedict went on to say, “lacks guests”.

There are a number of ways in which a guest at Saint-Wandrille today experiences this approach to hospitality. On arrival at the abbey, no questions will be asked of you. There is no small talk; you are simply received with a smile and shown around. In a world where we are constantly rubbing up against, getting to know, and judging strangers, it is refreshing to be welcomed with total acceptance. Once welcomed, guests are invited to join the monks in their daily rhythms of prayer, fasting, and eating.

The most important aspect of the monks’ hospitality is experienced at the meal table. Monks, in my experience, are very good at enjoying meals. At Saint-Wandrille, they serve each other – cutting slices of bread, pouring glasses of cider and water – and their guests do the same. No one speaks, but little nods and gestures go a long way to show appreciation and share enjoyment of the meal. As an extrovert, I did not expect to feel this way, but from the monks I learned that eating in silence together leads to a great and easy sense of joy.

The Fontenelle stream at the Abbey of Saint-Wandrille

From the perspective of those in the outside world, monasteries often seem secluded and withdrawn. What good is the work of monks for peace if it is not having an impact where it is needed most: in situations of violent conflict?

Through my experiences as a guest at Saint-Wandrille, I have come to see it a different way. By boldly creating a place and community dedicated to prayerfulness, and sticking by it for centuries, the monks offer a model of peaceful possibility. Moreover, because of their generosity in welcoming guests without judgement, this peace is freely open to anyone to experience and be refreshed.

While it’s not incumbent on all of us in the outside world to join the Benedictine tradition, their openness to strangers allows us to learn from their culture of prayer and welcome by experiencing it ourselves. 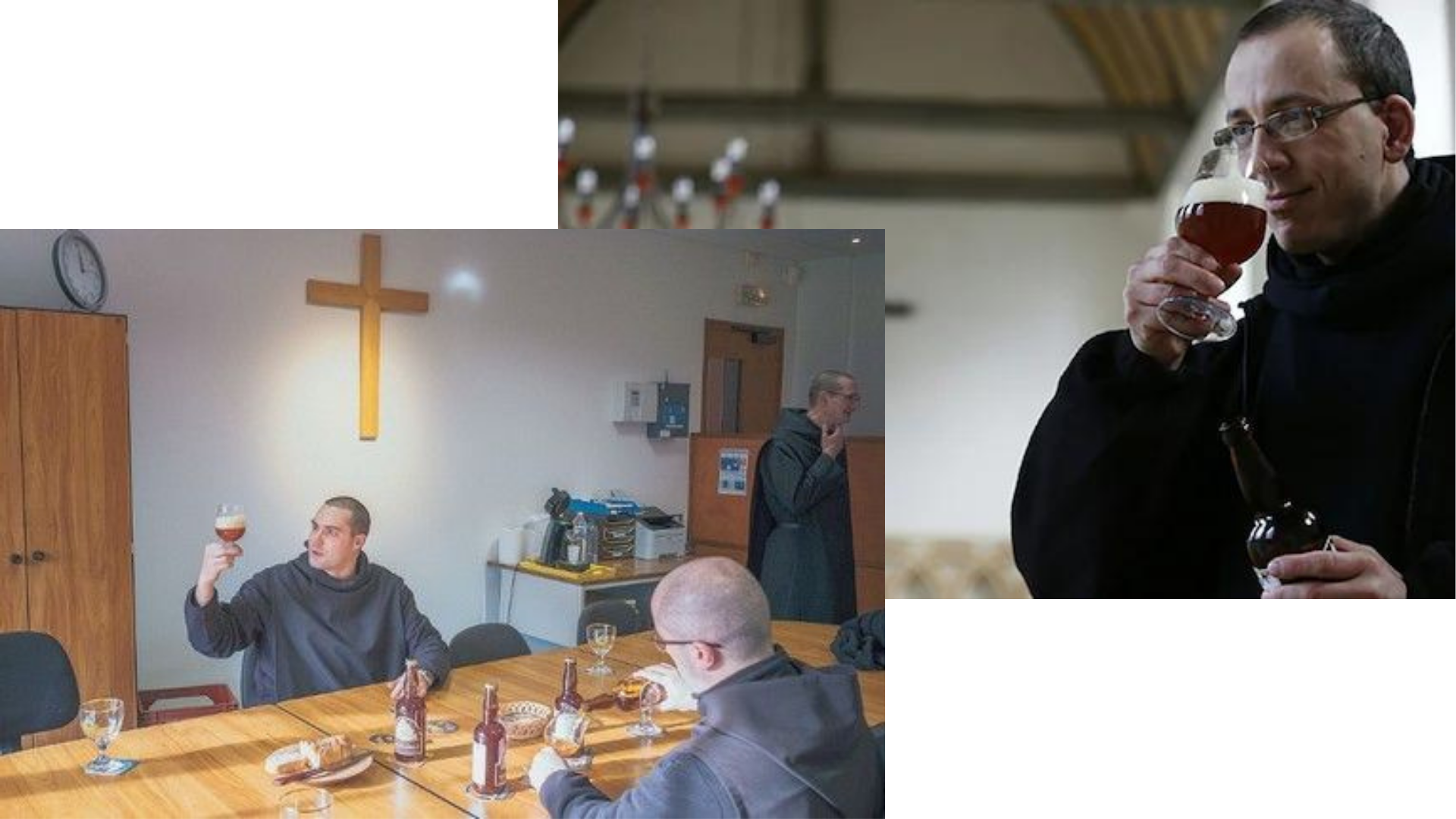 Monks at the Abbey of Saint-Wandrille sample their artisan beer (Images: The Local & La Croix)

Indeed, challenging the idea that monks are completely cut off from the world, the community at Saint-Wandrille has recently found a creative means to both sustain themselves financially and connect with secular culture, reviving a centuries-old tradition by brewing delicious artisan beer.

In a frantic and tension-fuelled world, the Benedictine community at Saint-Wandrille offers an alternative model for a way of being – a way that has survived centuries of blooded violence, still to insist on the strictest path of peace. Through their modelling of the habits of hospitality, generosity, and creativity, the followers of a tradition more than a millennium old continue to offer examples from which peacemakers and reconcilers can draw today. Why not receive some Benedictine hospitality yourself?

Introducing the Scripture and Violence Project

Sometimes scriptural passages can make us feel uncomfortable – especially passages that talk about...

Together with partners in the USA and Pakistan, the Rose Castle Foundation recently hosted a...