Standing in the gift shop in Chester Cathedral I was approached by a woman I’d never met before. ‘Can I talk to you?’ she said. And there, amongst the books and cards and china angels, she gave me her story. As she finished telling me about an abusive childhood that had left her a very vulnerable adult, she whispered, ‘I’ve never told anyone any of this before’.

At the time I was chaplain to the Cathedral and was identifiable by my cassock and dog collar. They marked me out as a ‘safe’ person to speak to. But I’m sure she chose me because I was unknown to her, and she would never have to see me again. Her story was completely safe with me, a stranger.

The role of the’ uninvolved stranger’ is a very precious one. There is radical hospitality in being open to another person’s story with no preconceptions and no judgement. The listener only knows what the person speaking chooses to tell them.

Revd Julia Hedley was identifiable to the stranger by her cassock and dog collar.

I once had a friend who was having difficulties in her marriage. I’ll call her Jane. Over coffee one day she told me about how awful things had become. In doing so she made herself vulnerable in a way that she clearly found very difficult and for a long time after that she didn’t want to be in touch with me. Whilst having good friends to share with is a great joy, it can have its drawbacks. I’d known Jane since we were at school together; I knew her husband and children, was part of the ups and downs of her life, the good decisions she’s made and the less good ones. That coffee date was a day when she could no longer pretend that all was well, but she still didn’t really want me to know that, and a friendship was lost, at least for a time.

By contrast you can say anything to the uninvolved stranger. There is no history, and although there might be future conversations, they all start from the place where the speaker is in absolute control. The listener has no agenda, a rarity in most relationships. It isn’t that the uninvolved stranger doesn’t care, far from it. But they stand alongside the speaker, allowing them to say whatever they need to say, without trying to find an answer. 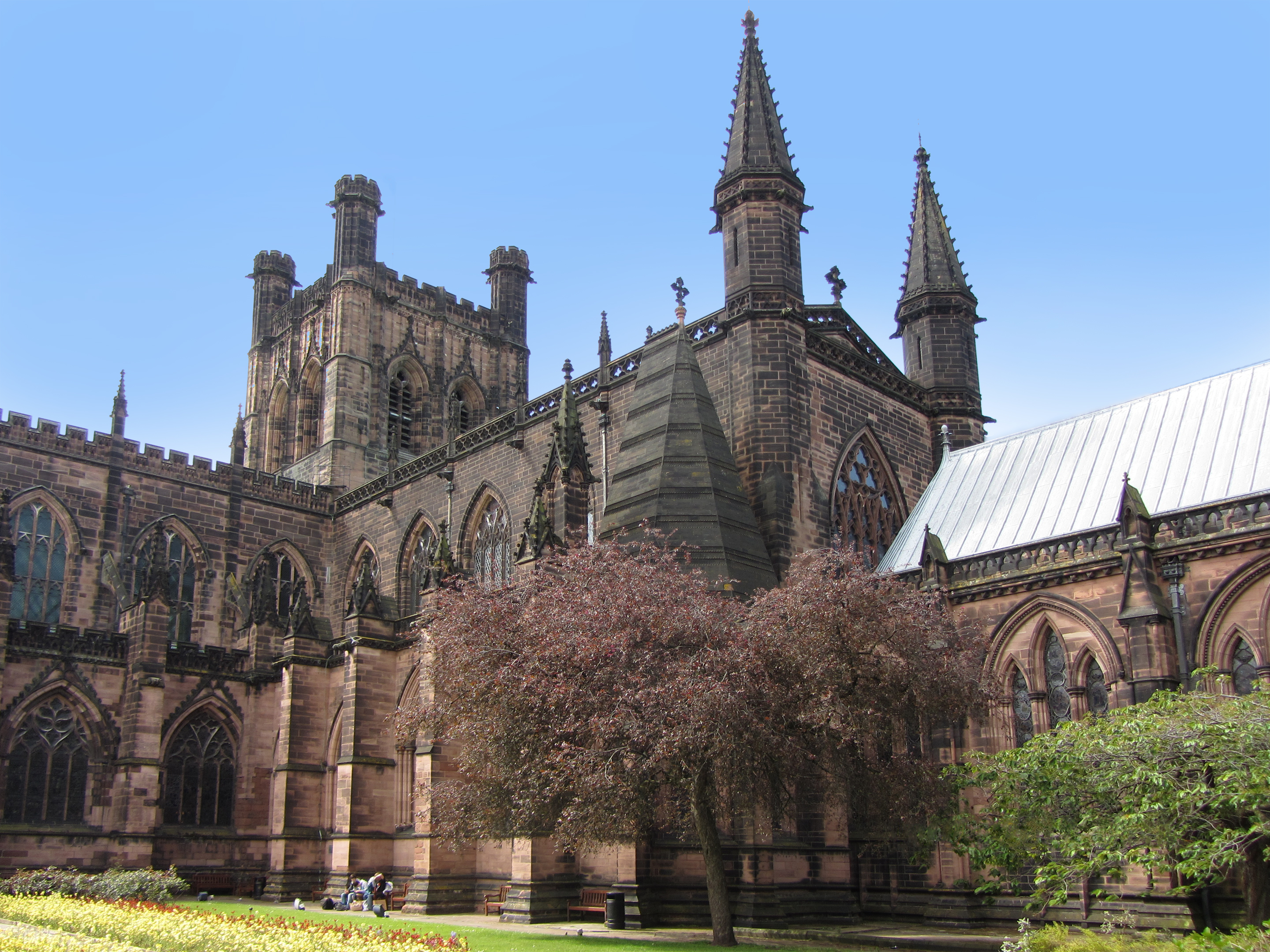 When I worked in a big church in central London, we said Morning Prayer early. A young man came in and wandered round the church, unusual at 7 o’clock in the morning! Whilst my colleagues continued with prayers, I went to talk to him. He was in some mental distress and rambling about ‘them’ bugging his phone. Although I could listen to him, I was at a complete loss to know what to say that might help. He taught me a very valuable lesson. ‘You don’t need to fix it’, he said with great clarity. It was the only time in the conversation he looked me in the face. That phrase has stayed with me in the years since. As the uninvolved stranger I don’t need to have an answer, just to have the patience and generosity to stay with someone whilst they tell their story.

There’s a powerful line in ‘The Invitation’, a poem by Oriah Mountain Dreamer.

‘I want to know if you can sit with pain, mine or your own,

without moving to hide it or fade it or fix it.’

That’s the gift that the uninvolved stranger can give. 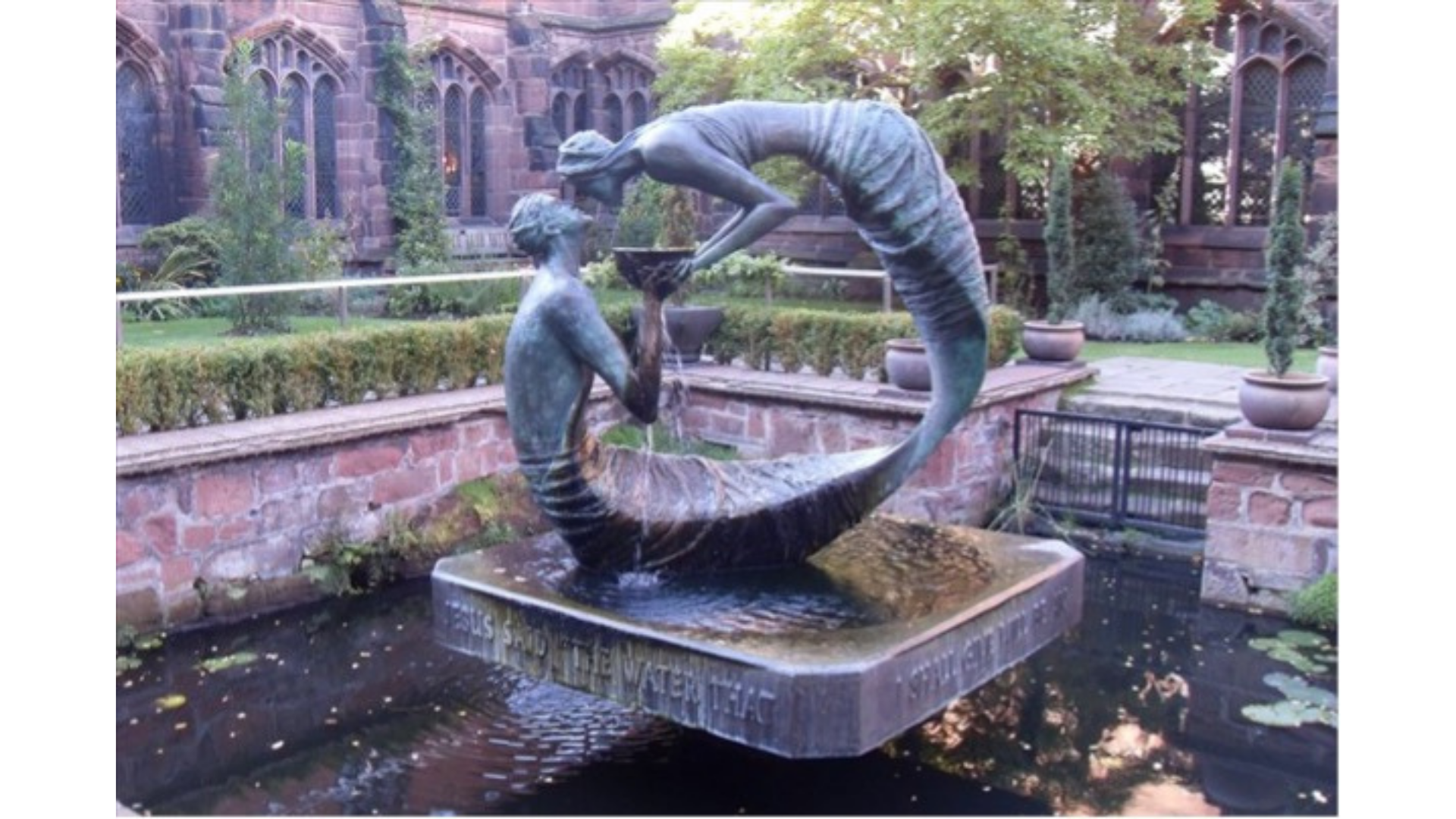 The 'Water of Life' statue at Chester Cathedral.

As a woman of faith, I firmly believe that God gives us who we need at the time we need them. That has certainly been my experience. All faiths have a tradition of people who will walk alongside others, but you don’t need to be a person of faith to either want such a conversation or indeed to be the one to provide the space for it to happen.

Open-hearted, generous and attentive listening are the marks of the uninvolved stranger. They are precious indeed.