Rose Castle Foundation marked the most important moment in the UK’s interfaith calendar last week by hosting a series of in-person screenings of the acclaimed documentary, Stranger/Sister, followed by facilitated discussions on the film’s themes.

National Inter Faith Week, which takes place across the week following Remembrance Sunday, aims to “strengthen good inter faith relations at all levels, increase awareness of the different and distinct faith communities in the UK, and increase understanding between people of religious and non-religious beliefs”.

This year, over 518 activities took place across the UK, three of which were the Rose Castle Foundation’s film screenings and dialogues, made possible thanks to the generous hospitality of partners at the Woolf Institute in Cambridge, and Westminster Abbey and New North London Synagogue in London. 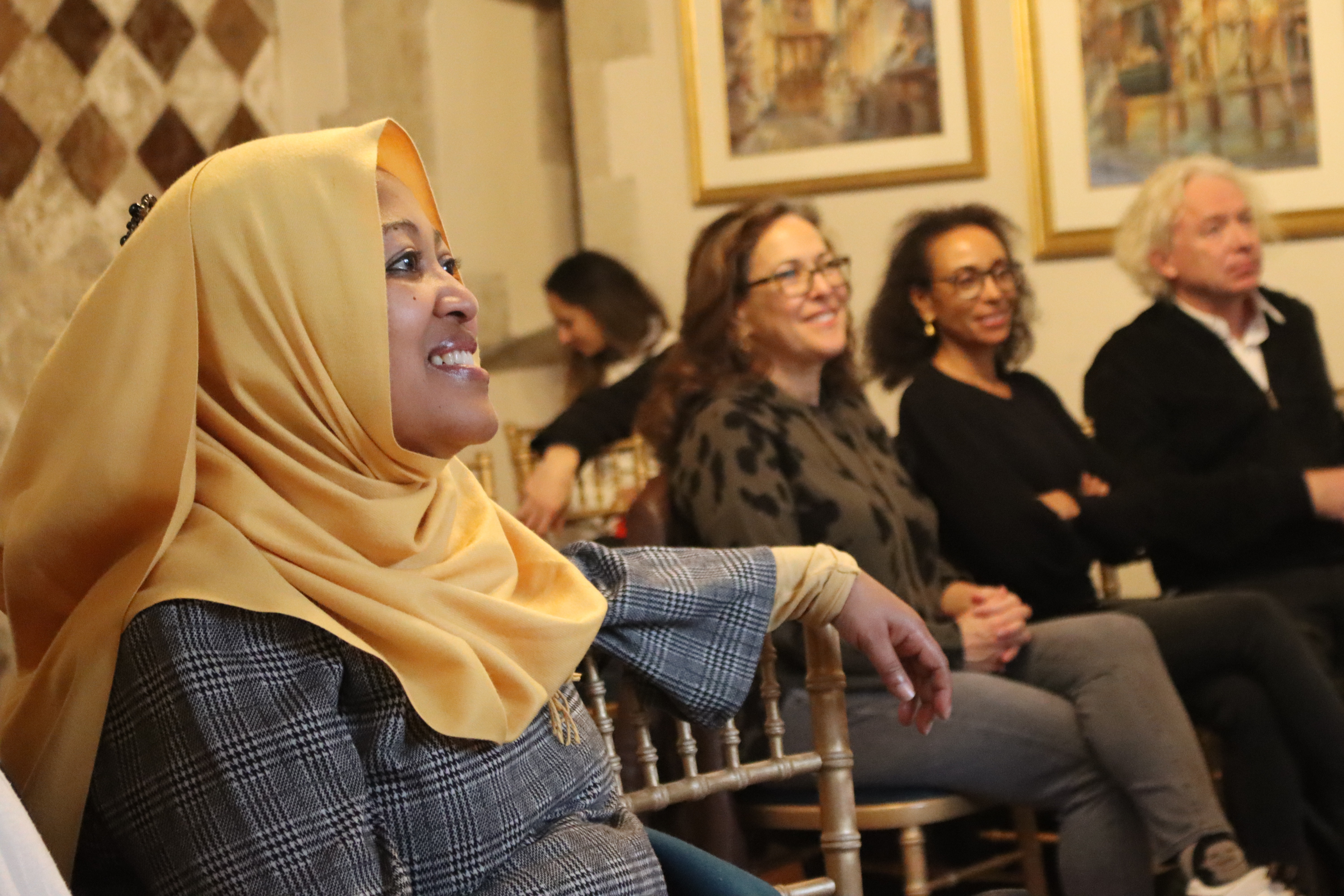 Each discussion was attended by one of the stars of the documentary, Atiya Aftab, who founded the Sisterhood of Salaam Shalom – a grassroots organisation of Muslim and Jewish women – together with fellow leader Sheryl Olitzky. Also present were director Kirsten Kelly, Rev Dr Katie Givens Kime of Odyssey Impact, and Canon Sarah Snyder, Founding Director of the Rose Castle Foundation.

Produced by Transform Films and directed by Emmy-winning filmmakers Kirsten Kelly (The Homestretch, 2015 Emmy) and Katie Taber (Sempre Luis, Sundance 2020), Stranger/Sister tells the story of two ordinary women — one Muslim and one Jewish — who join hands to stop the wave of hate. With both their communities threatened, they overcome a long history of distrust between their two religious groups to build a movement that turns strangers into sisters.

Stranger/Sister intimately follows several women from the Sisterhood of Salaam Shalom, as they build a powerful network of hope in a time of chaos and hate, challenging our assumptions about how to fight hate in America and around the globe. With violence and uncertainty continuing to unfold in the Middle East, the bonds of Sisterhood are tested but as the relationships between the Sisters deepen, their personal faith and political beliefs come to the forefront and they learn to navigate difficult conversations in order to maintain their close bonds. 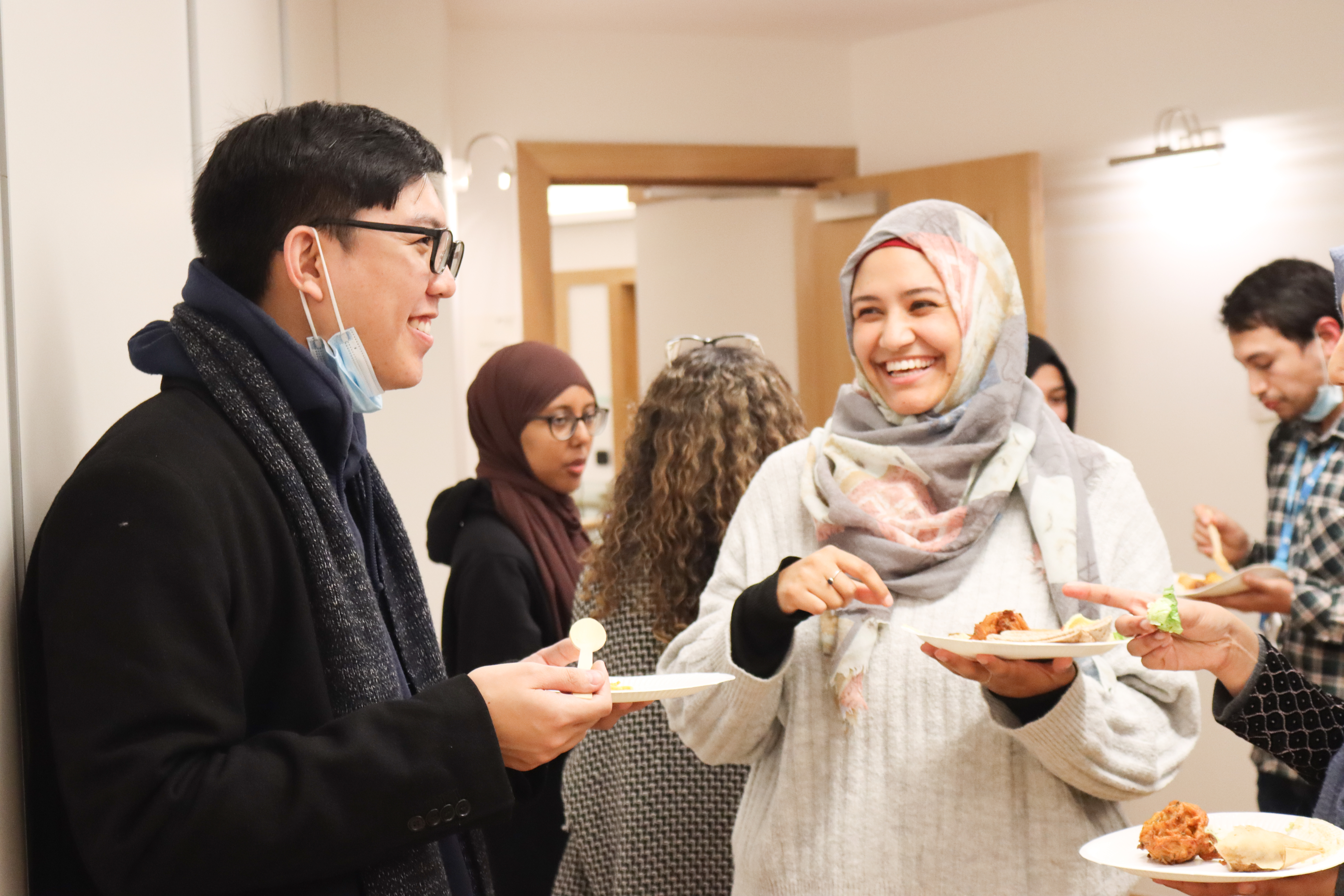 Guests join in discussion over food at the Woolf Institute, Cambridge.

"The events were so valuable", said Canon Sarah Snyder. "We were thrilled to welcome such a diverse participant base drawn from across the three Abrahamic faiths - and such different groups at each discussion, all of whom brought so much depth and value to every conversation."

Speaking after the screening at New North London Synagogue, one guest, Sara-Nicole, commented: "It was an incredible privilege to discuss the themes of this moving film, and the growth and impact of the sisterhood with Atiya, Kirsten, and Katie.

"Seeing how passionate the youth chapters of the Sisterhood are in their outreach to children demonstrated just how vital the younger generations are in interfaith peacemaking and community building, and just how much power they hold."

Hamzah, who attended the screening in Cambridge, added: "Differences and barriers that I previously thought were insurmountable all of sudden seem that they can be worked through respectfully, compassionately, and most of all, authentically to all involved." 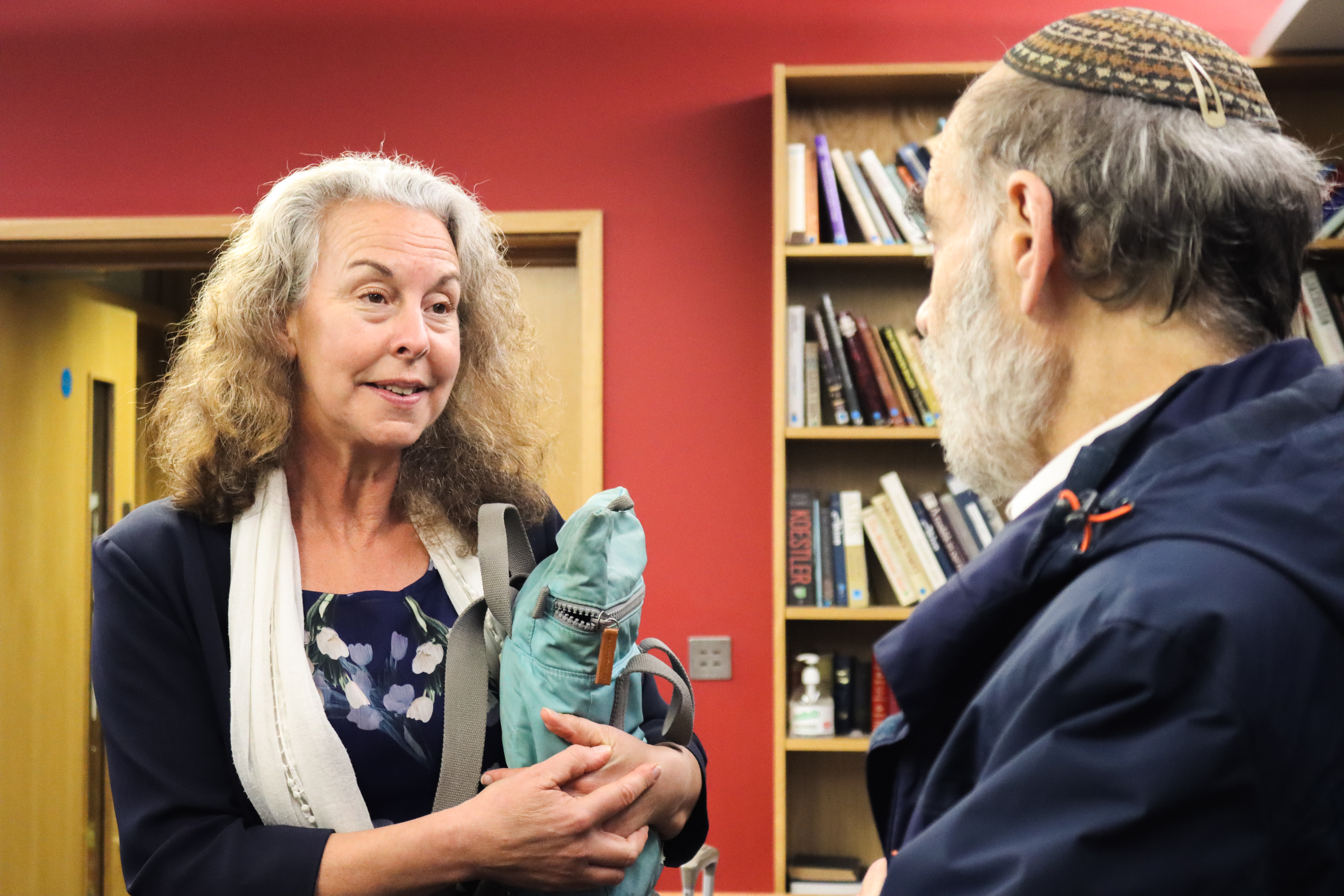 Another screening will take place in New York City on Wednesday 1st December, generously hosted by the Network for Religious and Traditional Peacemakers. RSVP rachel.palermo@kua.fi