In pursuit of feminine restoration

Several years ago, I found a letter that I had written to my grandparents when I was around eight years old. It was in an awkward cursive script and tucked inside an old family Bible. I used to write to my grandparents often as they lived far away. This particular letter would engage me in a journey, many years after I wrote it, of trying to understand what had inspired the contents.

In the letter, I had asked my grandparents to think of my father as having four sons instead of three sons and a daughter. I was quite honestly dumbfounded when reading this letter. This was mainly because there was nothing on the surface of my family life, neither with my father nor three brothers, that carried devaluing of my gender. But in trying to bring honour to my father, I had still perceived that having male children was of higher worth.

Leaning into the ‘Habit of Courage’, I began a journey of reconciliation; not only personally and with my own gender - but I also began to look around at all areas of our societies and cultures that shape us. The quest has followed my own deep memory and experiences that, when looked at rather forensically, bring clarity into areas that are unspoken. It has helped me to see that being reconciled to ourselves first does indeed take courage: courage to confront some of the deepest areas within us that call for wholeness. 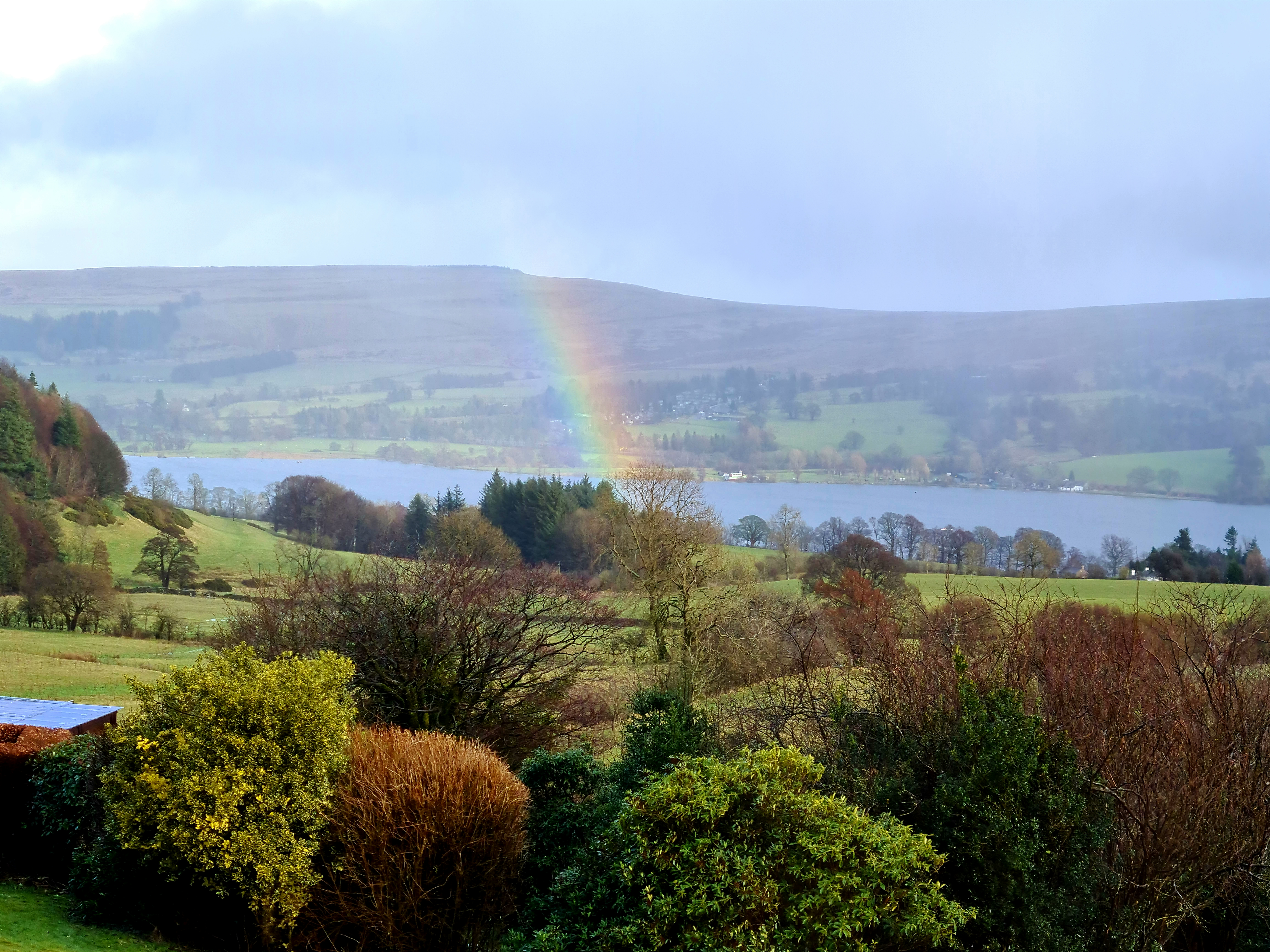 A rainbow appears in the Lake District

I have found that when we engage with that foundational process of healing, suddenly there is far more clarity into how we might seek to create spaces of reconciliation across most areas of our human experience. When we consider the significance and worth of the feminine expression of creation, the process of restoration knows no boundaries of male or female, faith, nationality, race, economics, education, and it even transcends to other areas of our created world.

The journey to reconciliation for me has ended up in writing a book! It has been significantly inspired by the Rose community. Living in Cumbria and witnessing the process of restoring Rose Castle, which sits on a former border of intense conflict, and holds the pursuit of turning history on its head through reconciliation, has opened a space to have the courage to deeply consider and touch profound areas of life in a relevant context.

The book, ‘Finding Veronica’, is a collaborative work containing essays written from practitioners of all areas of society which seek to journey with this process of restoration and reimagine a healthy future. Five members of the Rose Castle Foundation team have contributed to this work. The book holds a landscape of creating spaces for deeper conversation and ends with a helpful blueprint to the pursuit of seeking reconciliation, both within ourselves and with our world.

The Rose Castle Foundation collaborated with the Cambridge Centre for Christianity Worldwide (CCCW)...

Canon Sarah Snyder shares the Rose Castle Foundation's end of year message to all our friends,...

God's Gaze: Reflection on a COP26 Pilgrimage and March

It is upon gazing on the world with love, that I feel God’s loving gaze on me, and that I am moved...