I have never had a close relationship with social media. Or technology in general for that matter. Growing up in the Lake District, I relished the opportunity to be outdoors as much as possible and was grateful for the solitude that nature granted me. Naturally though, I followed others in my generation in signing up to social media platforms that enabled me to keep in touch with friends who lived further afield as well as have access to a global community of people from diverse parts of the world. There was so much opportunity at my fingertips.

But the more I engaged with media, especially social media, the more I felt something deeply inauthentic about the entire experience. I resented the vanity of selfies and the impact that edited images and idealised lifestyles were having on people’s mental health. I also felt trapped in an echo chamber I never wanted to be in. Despite efforts to follow a diverse range of media outlets, and to be intentional at following people who held very different views to my own, it felt like a relentless battle against the algorithms that held the sites together. I was bombarded by requests and suggestions to like pages and people who were just like me. There didn’t seem to be any setting that allowed me to opt for ‘diversify my world’ rather than ‘homogenise my world’.

I left all social media platforms. Instead of feeling like I had lost access to a global community of opportunity, I felt liberated, able to focus on genuine relationship building again. I promised myself I would never return to social media until I had a meaningful purpose with which to do so. 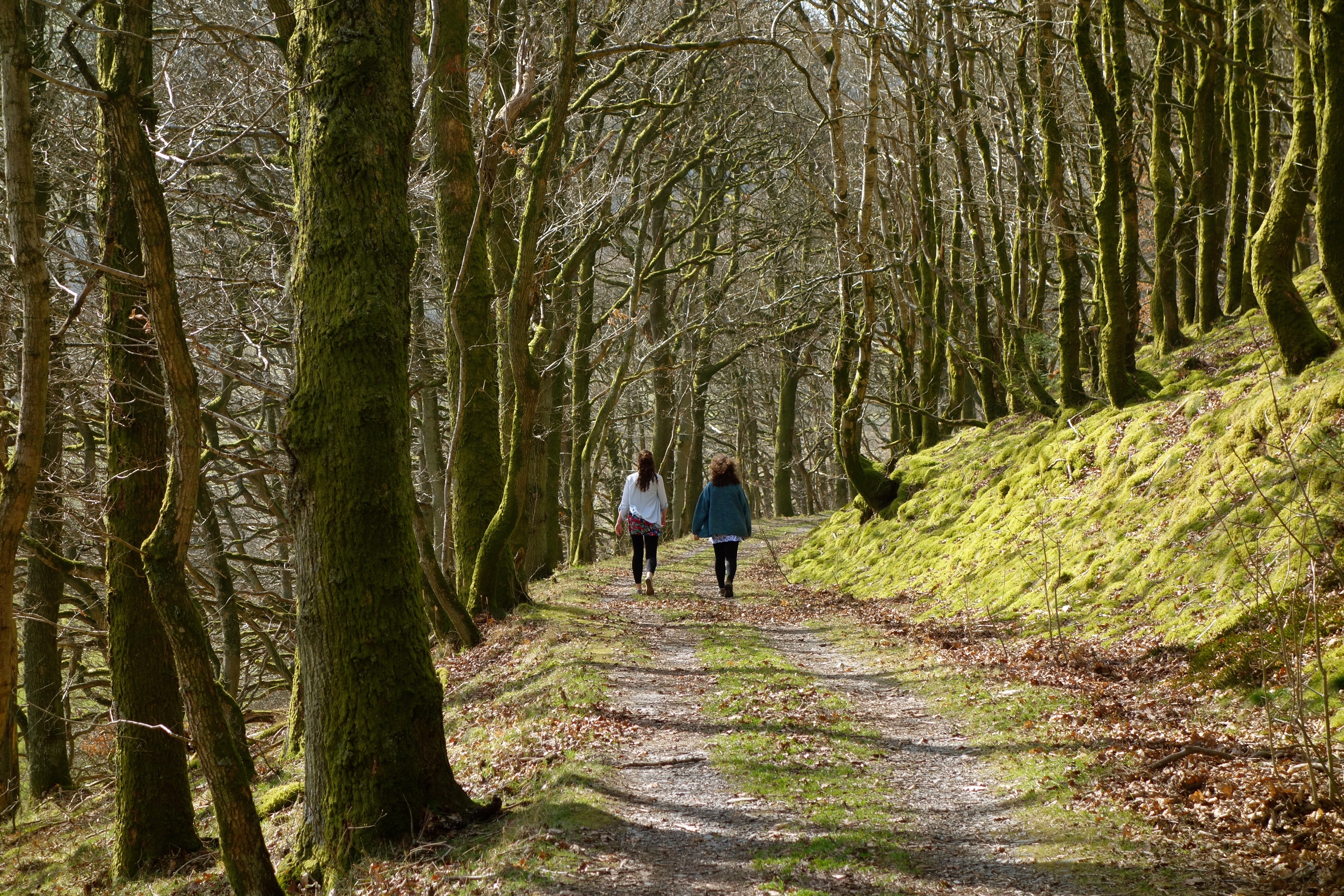 Quality time spent with family and friends in the beauty of nature.

That meaningful moment arose when I was nominated for a project hosted by the United Nations Alliance of Civilisations (UNAOC) and the United Nations Office of Counter-Terrorism/United Nations Counter-Terrorism Center (UNOCT/UNCCT). The project, now called EDIN (‘Empowering Dialogue and Interfaith Networks’), brought together young religious leaders, representatives of faith-based organisations and young media makers in order to build their capacity to prevent sectarian violence and counter terrorist narratives online. The aim was to equip participants as influencers who were committed to debunking hateful discourse and promoting inter-religious understanding as key to social cohesion.

The project was right up my street. I had long been concerned about the role of media in fuelling hateful discourse and contributing to the deepening of divides and global polarisation. I was keen to learn what my role and responsibility was as a person of faith in responding to this challenge, feeling convicted that I needed to be doing something online as well as the reconciliation work I was already committed to offline. However, the project involved each individual creating and implementing a social media campaign…

Feeling overwhelmed at the thought of re-engaging with platforms that I had previously found so life-draining, I wanted to make sure that my re-emergence on social media was not focused on my personal profiles but on a campaign that spoke directly to matters that I was most passionate about. I launched a campaign called #faithfullypublic. 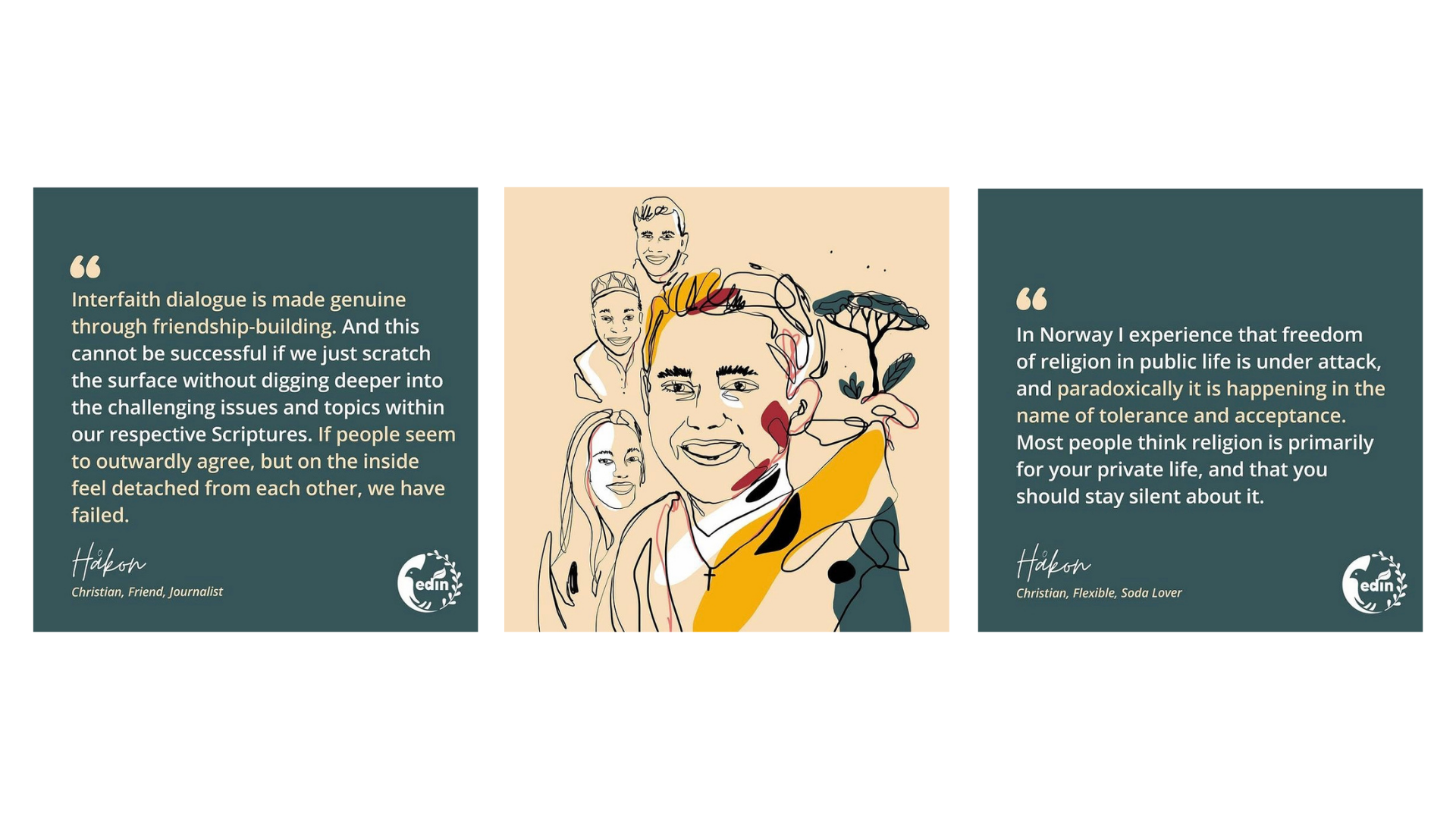 The art-essay campaign seeks to literally redraw the presence of faith in public life and social cohesion generally, rehumanising the conversation around public expression of religious identity. The process has involved interviewing a number of contributors about their personal experiences, capturing their stories and thoughts about how to be faithfully public and publicly faithful.

The contributors, who are spread across Europe, the Middle East and North Africa, offer diverse experiences and ideas yet all share the belief that a key part of countering violent extremism is to re-humanise and re-publicise conversations about being a person of faith in today’s world. The campaign, which is primarily focused on Instagram but can also be engaged with on Facebook, shares colourful illustrations of each contributor being profiled that testify to the diversity and dynamism of each individual, accompanied by quotes from their interview that raise questions to open up the discussion about being faithfully public.

The first round of contributors have been selected for their commitment to national and international healing as individuals who are bringing people together across divides. The campaign celebrates them as role models and pioneers, yet also as everyday people, who are in small as well as significant ways bringing people of different faiths/worldviews together and committing themselves to building interfaith friendships even in contexts where their own communities are not understanding or supportive of their motivation to do so. 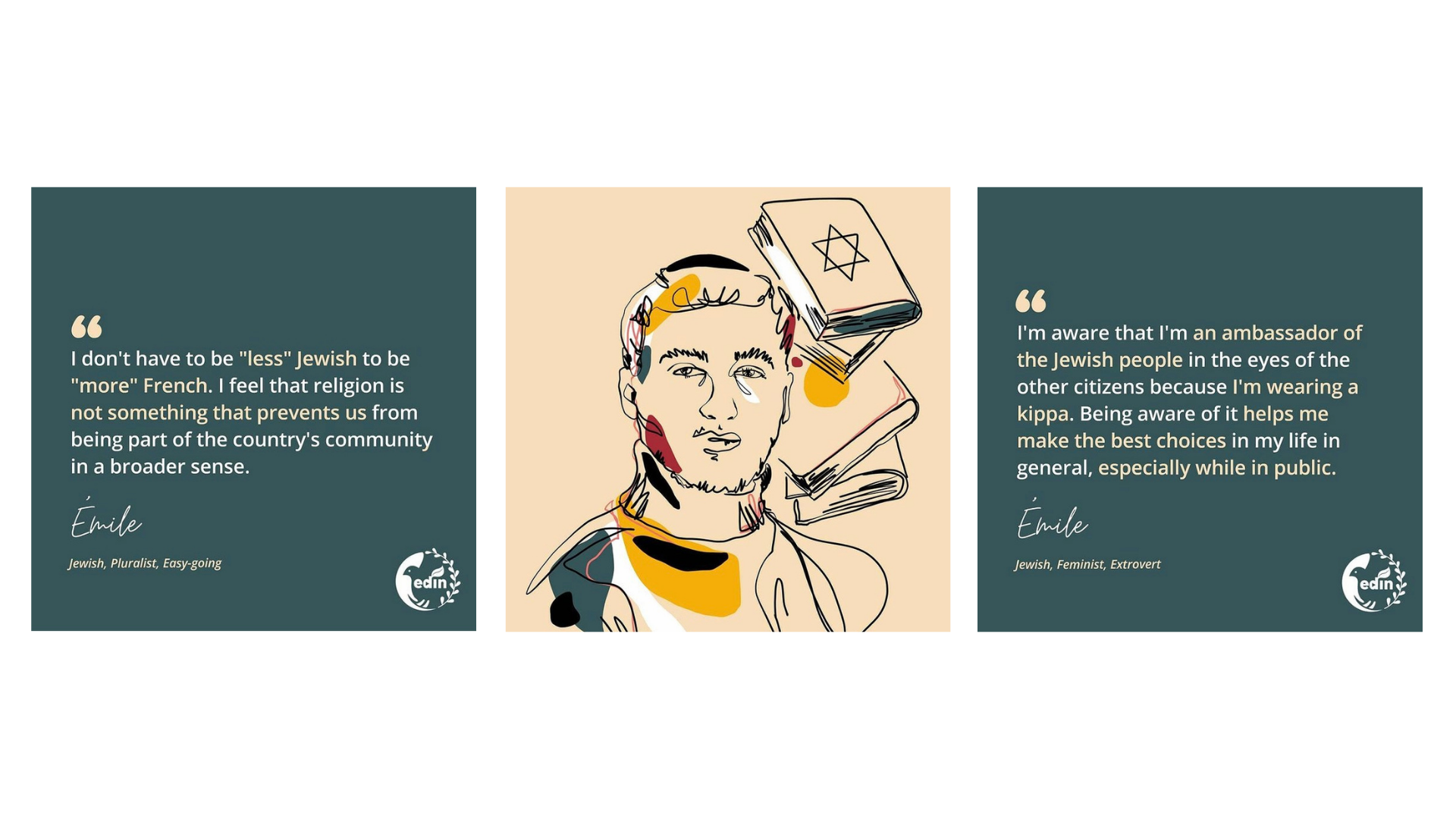 It has been a great blessing to collaborate with two other participants on this campaign, Håkon and Marie, who are from Norway and France respectively, and who have brought particularly poignant insights into the need for a campaign like this given their experiences of living as people of faith in secular contexts where it is becoming increasingly challenging to engage in discussions around the role of religion in public life. I hope you will enjoy exploring our #faithfullypublic campaign and engaging with the questions that each quote raises. The aim is not to necessarily agree with what each contributor offers to the table. Instead we invite you to pull up a chair to the table and bring your own questions, experiences and ideas. We hope this approach to discussion, rooted in the experiences of real people, will model something of the kind of society we are seeking to build together. A society where our strategy for tolerating diversity is not about removing potentially complex aspects of identity to the private sphere, but a society where the multiple depths of diversity are engaged with face-to-face, with a commitment to raise citizens who are able to disagree well: able to wrestle with matters of difference as well as celebrate the role of diversity in reimagining a future where all can flourish 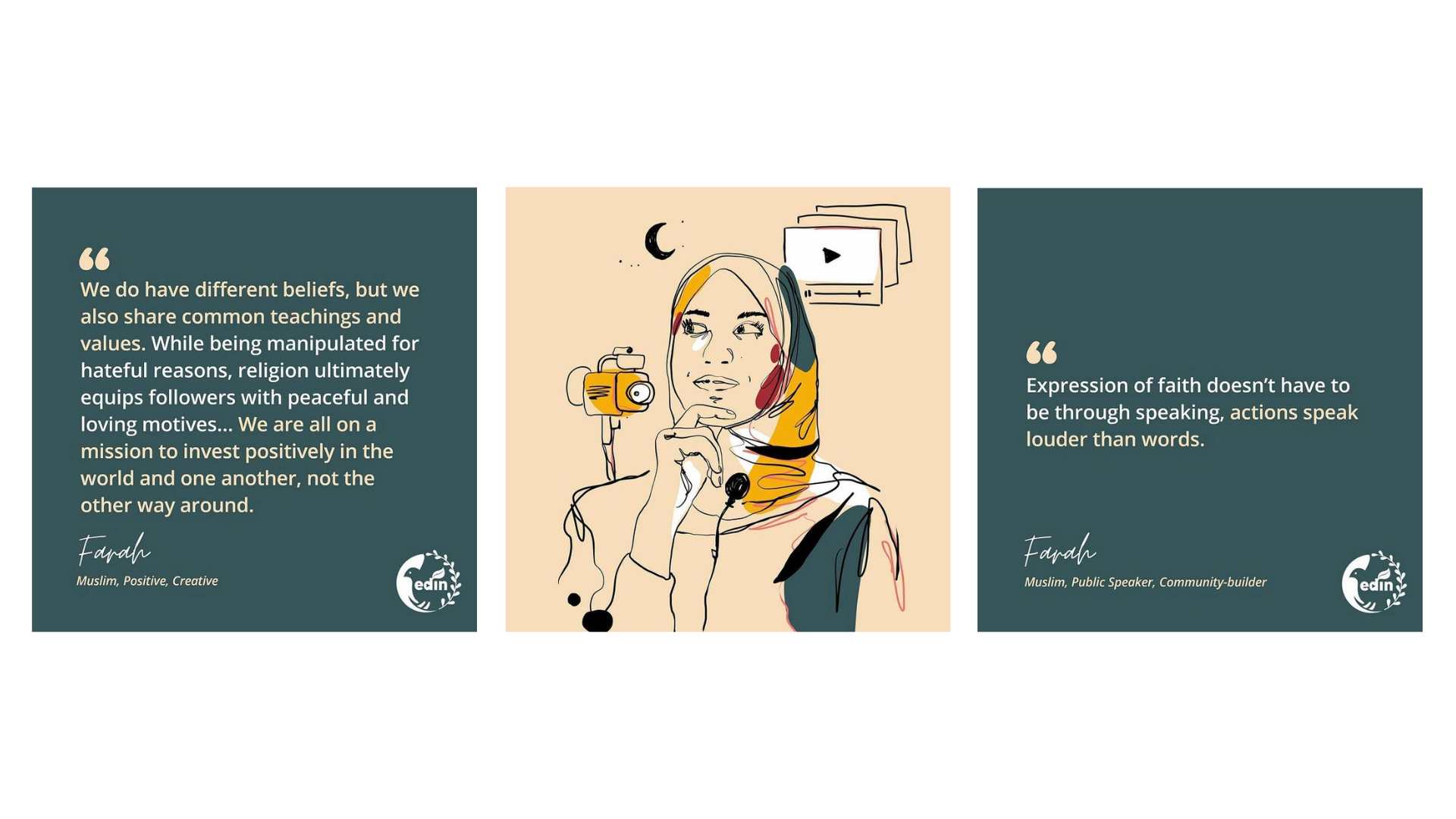 There is a whole range of fascinating campaigns and podcasts that other EDIN participants have been involved with, which you can explore here.

Of all 12 of Rose Castle Foundation’s ‘Habits of a Reconciler’, one which resonates particularly...

While living in Jordan as an Arabic student in 2014, I had an opportunity to organise art projects...